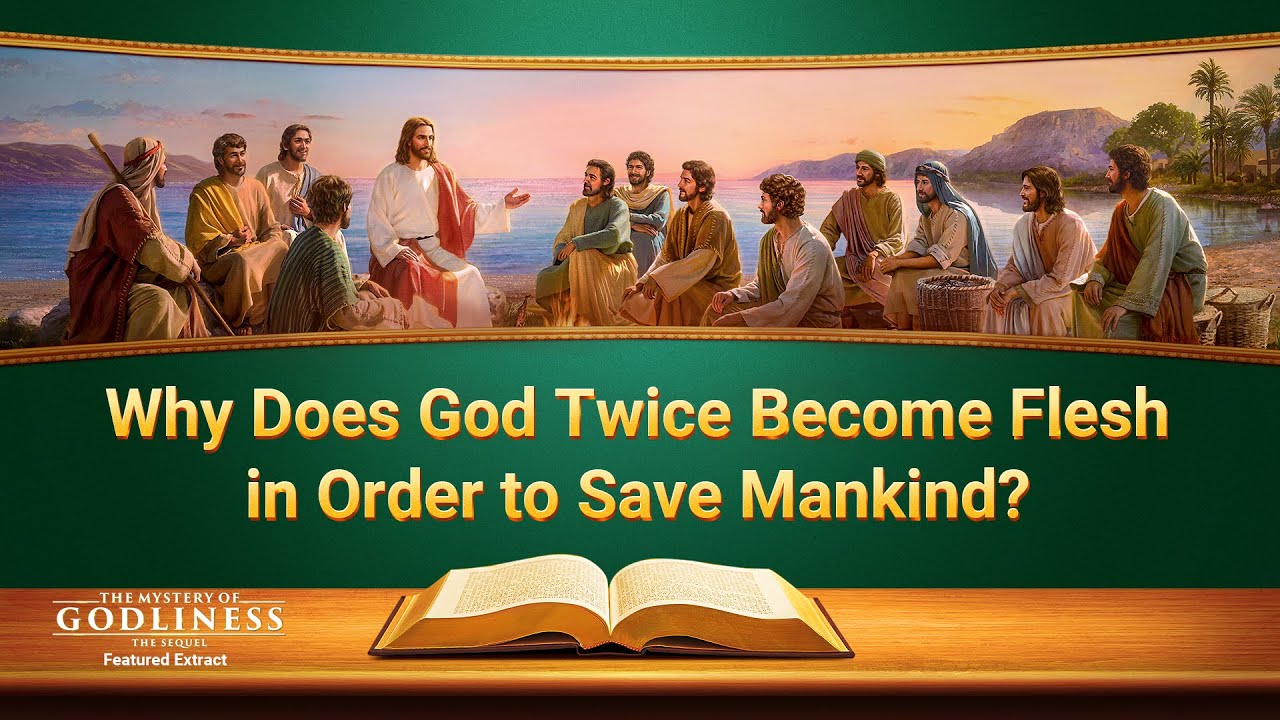 In the Age of Grace, God incarnate was nailed to the cross, taking upon Himself the sins of man and completing the work of redeeming mankind. In the last days, God has once again incarnated to express the truth and to thoroughly purify and save man. So why does God need to incarnate twice to do the work of the salvation of man? Almighty God says, "The first incarnation was to redeem man from sin through the flesh of Jesus, that is, He saved man from the cross, but the corrupt satanic disposition still remained within man. The second incarnation is no longer to serve as a sin offering but to fully save those who were redeemed from sin. This is done so that those forgiven can be delivered from their sins and be fully made clean, and attain a change in disposition, thereby breaking free of Satan's influence of darkness and returning before the throne of God. Only in this way can man be fully sanctified. ... The second incarnation is sufficient to get rid of the sins of man and fully purify man. Hence, the second incarnation will bring to a close all the work of God in the flesh and complete the significance of God's incarnation" (The Word Appears in the Flesh).

Eastern Lightning, The Church of Almighty God was created because of the appearance and work of Almighty God, the second coming of the Lord Jesus, Christ of the last days. It is made up of all those who accept Almighty God's work in the last days and are conquered and saved by His words. It was entirely founded by Almighty God personally and is led by Him as the Shepherd. It was definitely not created by a person. Christ is the truth, the way, and the life. God's sheep hear God's voice. As long as you read the words of Almighty God, you will see God has appeared.

Gospel Movie Extract 1 From | "Yearning": So This Is How the Lord Returns